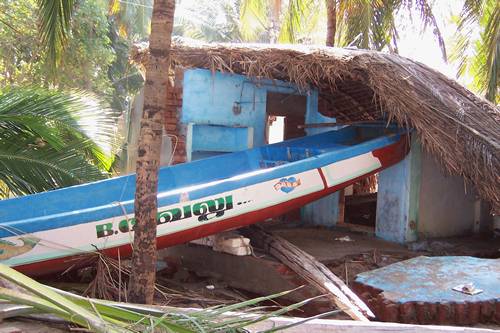 The December earthquake off the northwest coast of Sumatra, Indonesia, triggered massive tsunamis that devastated coastal areas of South and Southeast Asia. In Indonesia`s remote Aceh province, more than 90,000 died and many more are missing, injured, and displaced. More than 50,000 died in Sri Lanka, India, and Thailand, with others missing and dead in Bangladesh, Myanmar, Malaysia, the Maldives, the Seychelles, Somalia, Tanzania, and Kenya. E-LAW partners are working to help communities recover and learn from the disaster. Together, we are now working to advance sound policies that will protect coastal communities from future natural disasters.

The tsunami disaster has touched all of us in the E-LAW network. On hearing initial reports of the tragedy, our first concern was hearing from partners in the affected nations. We were relieved to learn that no one in the E-LAW family was lost.

As the magnitude of the disaster sank in, E-LAW partners shared feelings across borders: concern for survivors, a desire to help, and a determination to prevent such a disaster from happening again. Intact mangrove forests and healthy coral reefs helped reduce the damage in some areas. Many people in the E-LAW network are working together to protect these vital ecosystems.

Now, the tsunami tragedy has sparked the greatest humanitarian relief effort of all time. Seeing this generous response and watching people in the E-LAW network come together in the face of this tragedy give me hope.

Looking to the future, we must remember: we share a fragile planet, we must respect nature, and we can accomplish great things if we work together.

A big part of Aceh is underwater now and several small islands have been totally destroyed. People are busy with logistics and handling refugees. The disaster opened the isolated area of Aceh. People there now realize they have brothers and sisters outside. A comprehensive plan for rebuilding is moving slowly, with a soft voice.

Civil society is discussing environmentally sound planning. We need restrictions for building on beaches, and mangroves should be planted along the coast. Civil society can provide leadership on developing an early warning system for future disasters. The public must participate in this planning process.

We learned that exploitation of natural resources can bring hardship. For example, areas with intact mangroves were not as heavily damaged. We also learned the importance of traditional knowledge and passing local wisdom about nature from generation to generation.

The most important thing is the need for a coordinated response, not only between civil society and government, but among civil society itself. We’re in that process now.

E-LAW partner Firsty Husbani works with Yayasan Kemala and Forum Pengembangan Partisipasi Masyarakat (Forum for Popular Participation). She is based in Jakarta.

The recent tsunami is a particularly grim reminder that nature is not something that can be conquered at human will. Humankind must learn to live in harmony with nature and the true tragedy is that lives have to be lost before these elementary lessons can be learned.

For years, global warming and sea level increases have underlined the need to curb consumerist lifestyles and build our societies so as to live more respectfully of nature and the limitations of our natural resources.

India`s Coastal Regulation Zone law (CRZ) of 1991 was progressive for its time. It anticipated sea level rise and mandated state governments to identify areas likely to be flooded. It prohibited construction activity almost entirely in these high risk areas. It also mandated the protection of mangroves which are storm barriers for coastal communities.

These concerns have been lost both on policymakers and affluent citizens who have been part of the mad rush to colonize India`s coast and put up monstrous construction in violation of the CRZ. The CRZ law was even amended to permit the construction of a Prototype Fast Breeder Nuclear Reactor (PFBR) at Kalpakkam, a coastal village in south India. Concerns were raised at public hearings about the risk of seismic activity at the PFBR, but these concerns elicited indifference. Although the reactors have been shut down temporarily, there does not seem to be a sustained policy shift in India`s nuclear power establishment.

Many questions were raised in the aftermath of the disaster: Where were the early warnings for the earthquake? Why weren`t these alerts taken seriously? These questions demand answers lest people think that tragedy is part of their everyday karma.

One worries what the impact of the tsunami would have been if the Sethu Samudram Shipping Channel were under construction or even operational. E-LAW U.S. scientists Mark Chernaik and Meche Lu reviewed the project`s Environmental Impact Assessment and found the project failed to anticipate weather conditions, such as cyclones, that would increase the probability of ship groundings.

Many policymakers find industrialization the panacea to all ills, and that environmental laws and regulations are to be tolerated though not implemented. The thousands of poor who have lost their lives should remind policymakers and regulators that environmental regulations ought to be strengthened, not diluted, so that lives are not lost in vain.

T. Mohan is an E-LAW partner based in Chennai (formerly called Madras), on India`s southeast coast. Mohan has been collaborating with the E-LAW network since 1995 to help enforce India`s Coastal Regulation Zone, a 1991 regulation protecting India`s coasts from ill-advised development and ensuring access for local fishing communities. 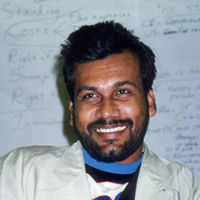 The tsunami was sudden, unexpected, and over rather quickly, but the after-effects will reverberate for years. An estimated one third of the 30,000 Sri Lankans who died were children. Beach hotels and houses vanished, and much of the coastline was changed beyond recognition. Debris that flowed out to sea smashed half of our coral reefs. Toxic materials, including PCBs, entered the sea at many points. On land, wells and freshwater streams have been contaminated with seawater.

Environmental activists had warned the government about sea flooding. Though we never expected a tsunami, we advocated that government agencies be prepared for rises in sea level. We supported many public interest law suits challenging coral mining, hotel construction, and calling for beaches to remain public property.

There are many reasons why damages were high in Sri Lanka. We received two major waves. After the first wave retreated, many people ran to the beach to collect fish. This lack of awareness caused the loss of many lives. A tsunami warning system for the Pacific Ocean has been in place for 60 years, but the system is not available to Sri Lanka. We have good cellular phone systems, and many TV and radio stations, but no system for receiving information from Hawaii or national plans for vacating coastal zones. 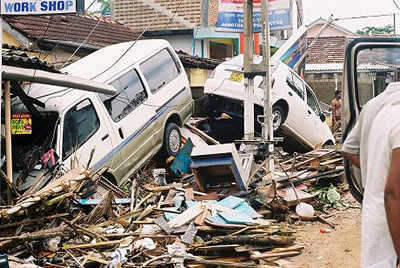 A disrespect for law also played a role. The Coast Conservation Department has been ineffective in enforcing a coast conservation act which requires appropriate building setbacks on shorelines. The Urban Development Authority has also approved the construction of ill-advised buildings along the coast. Damages were highest where there were no greenbelts and where the lime industry had been breaking corals. The water was deep in these areas, so the waves were high and the damage was high. Where the beach was protected by coral, mangroves, and other vegetation, the damage was less.

The Sri Lankan government needs support for an accelerated environmental restoration plan, and it is critical that civil society participate in planning, monitoring, and implementation. The tsunami killed many people, but we have seen the power of civil society to help each other without ethnic, religious or national bias. We believe the future will be brighter. Let us understand and respect the power of nature. That will help us all survive.

Hemantha Withanage is the Executive Director of the Centre for Environmental Justice in Colombo, Sri Lanka. He is a scientist who has collaborated with the E-LAW network for many years to protect the environment and public health in Sri Lanka and around the world.

The December earthquake off the northwest coast of Sumatra, Indonesia, triggered massive tsunamis that devastated coastal areas of South and Southeast Asia. In Indonesia`s remote Aceh province, more than 90,000 died and many more are missing, injured, an