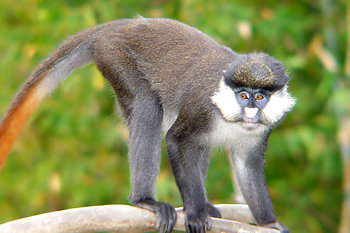 ELAW partners are celebrating major victories for Uganda`s forests. In May, the government of Uganda abandoned plans to convert three forest reserves on Lake Victoria`s Bugala Island into palm oil plantations. The government also suspended a proposal to convert one third of the Mabira Forest Reserve – a popular nature spot near the capital city Kampala – into a sugarcane plantation.

ELAW connected partners at the Uganda Wildlife Society with an economist at EcoNorthwest who
provided options for evaluating the true cost of cutting Mabira Forest. ELAW scientists also provided details about the environmental impacts of palm oil plantations, including the impacts of pesticides and the highly polluted effluent discharged by plants that process palm kernels into oil.

In the northern port town of Arica, a low-income neighborhood is finally seeing justice. In late May, Chile`s Supreme Court ordered financial compensation for 356 residents of Cerro Chuno, a community contaminated by toxic heavy metals.

For more than a decade, children in Cerro Chuno have suffered from learning disabilities and neurological disorders caused by lead poisoning. Residents were unaware of the dangers posed by abandoned mining wastes, left in piles where children played.

More than 20 years ago, a Chilean company imported 21,000 tons of toxic mining wastes to the city of Arica, one of the driest inhabited places on earth. Wind spread toxic dusts from the waste piles, which were later abandoned. In a classic case of environmental injustice, a low-income housing project was built next to the piles of waste. In 1998 the waste was removed and dumped in a nearby ravine, with no further cleanup.

At FIMA`s request, ELAW scientist Meche Lu traveled to Arica and collected soil samples from the affected neighborhood for analysis at a laboratory in Oregon. The samples were found to contain lead, arsenic, and cadmium far above those considered safe for urban areas. Meche returned to Arica with FIMA attorney Francisco Ferrada to testify in court about the results of the soil analysis. She informed the court about the continuing health risks of contamination in the affected neighborhoods.

Fernando Dougnac, President of FIMA, sent thanks to ELAW scientist Meche Lu: "Your testimony was mentioned in the court decision and was one of the key pieces of this decision . . . it is so great to win, particularly when the court decision brings justice to the dispossessed."

In a historic ruling, each of the affected residents will receive $16,000 from the Government of Chile. This is the first time a Chilean court has required the government to pay for failing to protect citizens from injuries caused by environmental contamination.

ELAW partners in Malaysia report a stirring victory for clean air! Lawyers with the Consumers Association of Penang (CAP), have been working for years with the community of Broga to protect their air quality from a huge proposed incinerator. CAP filed a petition to the High Court to stop construction. In July, Malaysian government lawyers announced in court that the government is canceling the incinerator and will instead focus on reducing wastes.

ELAW scientists worked with CAP to make their case. After reviewing plans for the incinerator, ELAW Staff Scientist Mark Chernaik pointed out that project proponents had failed to present a plan for controlling toxic emissions, including deadly dioxin. Mark prepared an affidavit explaining that plans for the incinerator were badly flawed, and it could sicken and kill local citizens.

The Broga incinerator would have been Malaysia`s largest and would have generated huge amounts of air pollution. ELAW will now work with its partners to encourage waste reduction, and spread news of this victory around the world.

The lawyers at the Consumers Association of Penang thanked ELAW scientists for their help. They wrote:
"We couldn`t have done this without you."