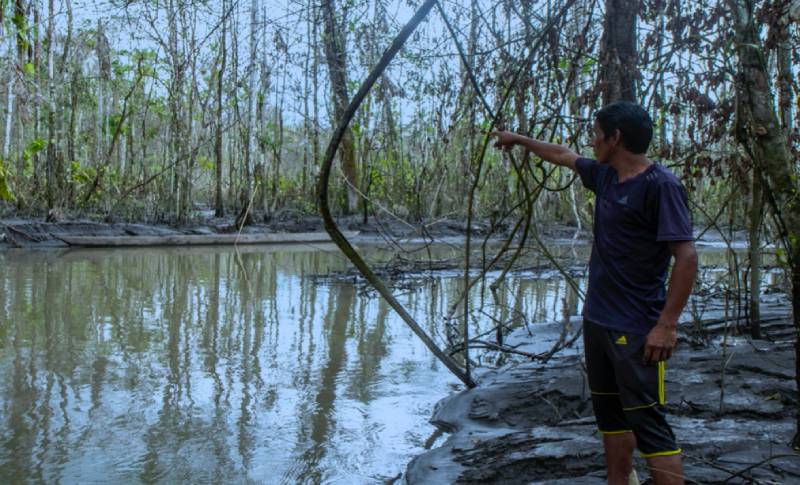 On April 7, 2020, a massive oil spill struck Indigenous territories along the Napo and Coca rivers in the headwaters region of Ecuador’s Amazon. Three oil pipelines broke and released more than 15,000 barrels of crude and fuel oil. Amazon Frontlines reported earlier this year that thousands of Kichwa people remain without access to safe water and food and at risk of new pipeline ruptures.

ELAW is pleased to support Alianza por los Derechos Humanos as it seeks justice for the Kichwa communities that continue to suffer from Ecuador’s worst oil disaster in 15 years.

Impacted communities filed suit against the companies and authorities involved, to protect their human rights and demand reparations. Unfortunately, the case was dismissed. The Court found that the pipelines broke because of an “Act of God”!

Local communities have appealed the decision before Ecuador’s Constitutional Court.

Last week, ELAW filed an amicus brief explaining how courts around the world have applied similar standards and asking the Constitutional Court to reject the “Act of God” defense. ELAW respectfully asked the Court to assess whether the oil spill was indeed caused by unforeseeable and irresistible events, or events that could have been prevented by defendants.

On November 29 and 30, Vivian Idrovo, a member of Alianza por los Derechos Humanos, visited some of the Kichwa communities affected by the spill. Vivian says: “We verified the fuel odor that persists in the territories, the river pollution that is causing the loss of crops and trees, and the lack of food and water that continues to affect women, children, and elders.”

She added: “We ask the Constitutional Court for urgent justice.”

The Court has prioritized the case due to the severity of the alleged harm and impacts to human rights, communities, and the environment.

We will keep you posted as the case proceeds.