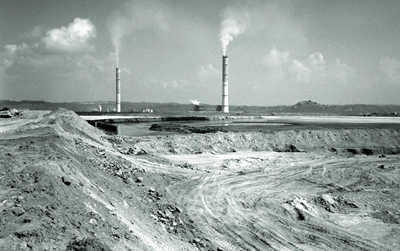 The air in Metro Manila has become almost unbreathable — some pollutants exceed World Health Organization standards by 500%. Children and the elderly suffer the most from breathing this toxic air.

E-LAW`s partners in the Philippines have worked to overhaul the country`s Clean Air Act. When legislators began considering proposed legislation, oil and incineration companies mounted a fierce campaign to weaken the law. Jun Quicho, a lawyer with Tanggol Kalikasan in Manila, called on ELAW for the legal and scientific tools he needed.

On June 23, President Estrada signed a strong new Clean Air Act into law. The Act bans incinerators for waste disposal, making the Philippines the first nation in the world to ban incinerators outright. It also phases out leaded gasoline and requires industries to install anti- pollution devices. The law gives Philippine citizens harmed by pollution the right to go to court to enforce the law. Speaker Villar of the Filipino legislature said: "Filipinos should be vigilant against violators who disregard the provisions of the Act."

Congratulations to the Filipino lawyers for their work on this landmark law, which will begin improving Manila`s air immediately and make the Philippines a world leader in challenging air pollution. Through the ELAW network, advocates around the world have learned of this new law and will work to replicate its strongest provisions in their home countries.