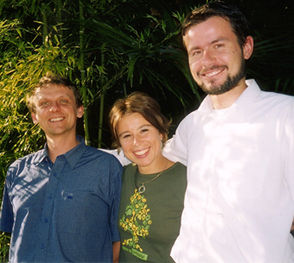 ELAW hosts visiting fellows to help them gain the skills and resources they need to protect human rights, communities, and the environment. Fellows work one-on-one with ELAW staff to build legal skills and learn the science they need to meet environmental challenges. Visitors also tap ELAW expertise building strong organizations, visit with other U.S. NGOs, and study English at the University of Oregon`s American English Institute. Fellowhsips last from one week to three months. In September, ELAW organized a two-week study tour for three partners from Slovakia and the Czech Republic, to help them learn how U.S. human rights and environmental law organizations in the U.S. build support for non-profit work. Palo Zilincik and Dana Marekova from Via Iuris in Slovakia, and Radek Motzke from Ekology Pravni Servis in the Czech Republic met with organizations in New York, Eugene, Portland, and Seattle. This was Radek`s first trip to the United States. In the following he shares his "first impressions."

First Time in the U.S.
by Radek Motzke

It was my first visit to the United States. I must say that I liked it a lot. At first I did not see many differences from Central Europe. However, there was quite a big difference in people. Americans are friendly and noisy. Central Europeans are less friendly and less noisy. To be fair, most Czechs are nice people and they have a very fine sense of humor. However, they are more introverted and need some time before they open their hearts. The meetings we had in New York were great. I was inspired by how the New York Civil Liberties Union and the New York Lawyers for Public Interest combined legal work with public relations and community organizing. In the Czech Republic we have to strengthen these extra-legal approaches because law is often inefficient, court procedures are lengthy, and the legislature is being eroded by lobbies. After five days in New York, we flew to Oregon. The wooded hills reminded me of the Czech Republic. I enjoyed the clean, uncrowded beaches. Eugene was a big contrast with New York – lots of space, calm atmosphere, and one-story wooden houses with nice gardens. After a few days in Eugene we went to Portland and Seattle to meet with more environmental NGOs. One could see that these NGOs` concerns were like ours – trying to become more strategic in striving for sustainability! I liked the way people spoke in the Northwest – slowly, loudly and they hit the point right away. People in the Czech Republic would not be as direct, but this is changing. I learned in the U.S. that progressive politics may rise and fall over time. We never know when a Czech-version of George W. Bush might get elected. The message that I have brought home is that people must participate in everyday politics – the world belongs to them, not to politicians. I want to thank ELAW for facilitating our study tour. It was a great learning exercise and it filled me with energy. 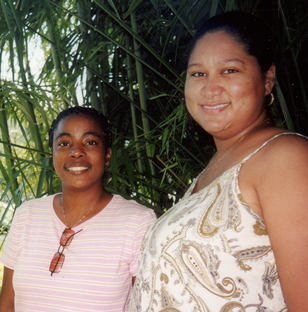 Three partners from Slovakia and the Czech Republic and two Jamaican advocates worked with ELAW U.S. this summer.