The Middle East is considered a climate hotspot due to its water scarcity, social tensions and political conflicts. Over the course of the century, Jordan, Palestine, and Israel are projected to experience a temperature rise of up to 7°F in some places, a general decrease in precipitation of 25% regionally and up to 40% locally.

The environmental, economic, political and security implications are severe.

EcoPeace Middle East brings together Jordanian, Palestinian, and Israeli environmentalists to mitigate these risks and to promote peace in the Middle East.

Gidon Bromberg, the Israeli Director of Ecopeace Middle East, will share peacebuilding efforts and the vision for a peaceful, resilient, and interconnected Middle East. 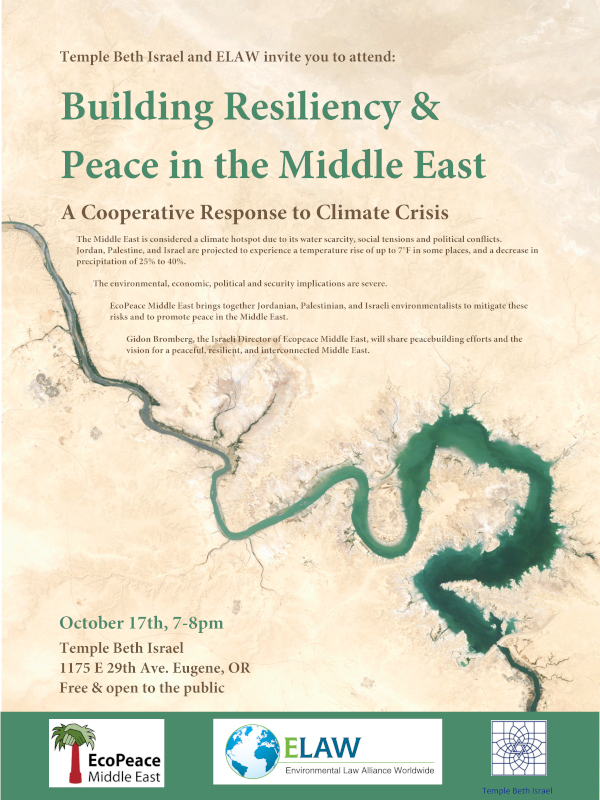