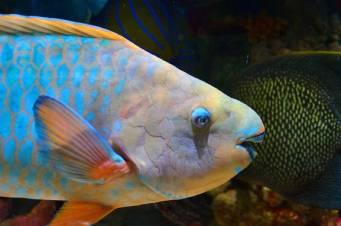 The government of Belize issued an indefinite moratorium on offshore oil development!

Victories for communities and the environment take perseverance. In 2009, we learned that the entire country of Belize, on land and offshore, had been divided up into oil concessions. Local advocates were outraged and decided to file suit and launch an education campaign.  ELAW provided legal support to the legal team representing Oceana, Citizens Organized for Liberty and Action, and the Belize Coalition to Save Our Natural Heritage in the court challenge.

In 2013, a judge declared six offshore oil contracts null and void.
This groundbreaking legal victory mobilized Belizeans country-wide to oppose oil development in their treasured coastal waters. Emboldened by the court win, they went on to advocate for a permanent ban.

"Hats off to the determined people of Belize for seeing this all the way through," says ELAW Associate Director Lori Maddox, who coordinates ELAW's work in the Mesoamerican Reef region.