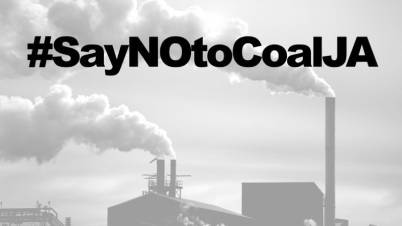 Jamaica Environment Trust (JET) launched the #SayNOtoCoalJA campaign to educate Jamaicans about the impacts of coal, and more than 20,000 people signed a JET-led petition calling on the government of Jamaica to reject the proposal for the coal plant and continue the transition to renewables, including liquified natural gas (LNG) as a transitional fuel.