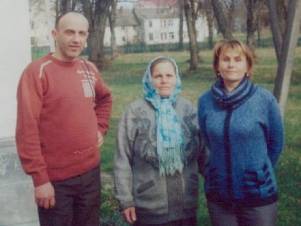 As reported in Victory in Ukraine

Residents of Hnizdychiv, a small village in western Ukraine, are celebrating victory after taking on environmental hazards that threatened their community: Seventy tons of pesticides were being stored in faulty containers; a distillery was emitting foul odors and polluting a nearby river; excessive amounts of gravel were being removed from the river bed; and residents were worried about government plans to supplement local water with water from an area where cattle carcasses, distillery waste, and poultry plant waste had been dumped.

Last summer, community members asked ELAW partners at Environment People Law (EPL) for help challenging the environmental abuse. EPL’s help was instrumental: the government has promised to remove the pesticides by 2010, the removal of excess gravel has stopped, and plans to tap water from a potentially contaminated source were shelved. EPL also helped the community launch their own environmental organization, to continue advocating on behalf of the community.