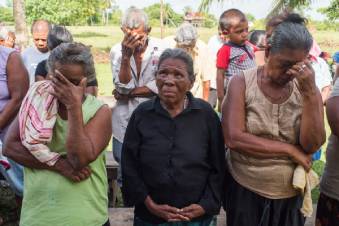 As reported in Celebrating Victories: Nexus of Human Rights and Land Rights for Indigenous Peoples

Awas Tingni means “Pine Creek” in the language of the Miskito, an indigenous group on Nicaragua’s Caribbean Coast. But the name has become synonymous with a landmark case in the Inter-American Court of Human Rights in 2001 that confirmed the indigenous Mayangna community had the right to collective ownership of several thousand acres of land they traditionally inhabited.

Community members brought that case to contest a Nicaraguan government deal to allow logging on Mayangna land. Lottie Cunningham Wren, an attorney and member of the Miskito peoples, was the legal representative and an expert witness at that trial.

ELAW has been working with Lottie for many years.

“One of the most important things with ELAW is the help that we get, the technical, legal area, the scientific area, and information about how to approach our cases,” she says. ELAW has also been useful in helping her organization develop communication strategies.