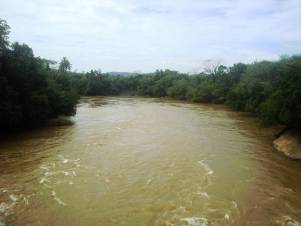 As reported in ELAW’s Summer 1993 Update
Plans to mine the Kalu Ganga River for blue sapphire, quartz, topaz and other gems recently threatened to destroy a 20-kilometer section of the river. The process proposed for extracting the gems is called "suction dredge mining," which involves vacuuming up large amounts of river sediment and returning unwanted material to the water. The environmental impact assessment (EIA) for the proposal claimed that no environmental harm would come of the activity because no pollutants would be added to the river. Ananda Nanayakkara and others at the Environmental Foundation Ltd. were skeptical; they asked the ELAW network for scientific information on the environmental impacts of suction dredging.

ELAW U.S. drew upon local U.S. Forest Service experts on suction dredge mining. These experts explained that suction dredge mining is, in fact, enormously destructive to the environment. ELAW U.S. forwarded this information to their Sri Lankan colleagues. Hemantha Withanage, staff scientist for EFL, incorporated the information into formal comments in response to the EIA. ELAW Sri Lanka informed the network recently that the President subsequently declined the project, and that the ecologically significant Kalu Ganga was preserved.