Does a dolphin have standing to sue to preserve its habitat? That question came up in court in the Philippines when community members sought to protect a narrow strait in the multi-island nation. Acrobatic spinner dolphins ply Tañon Strait, as do 13 other species of whales, dolphins, and sharks. But the charismatic megafauna of the strait represent just a handful of the remarkable natural diversity in the country.

Imagine a nation of 7,600 islands, with more than 22,000 miles of coastline and mountains covered in tropical rain forest. That’s the Philippines. Flung like a handful of jewels between the South China and Philippine Seas, the islands are so rich in biodiversity that new species are still being discovered.

Close to the center of the country, Tañon Strait runs between the islands of Cebu and Negros, a 100-mile stretch of ocean protected as a marine reserve, where you’ll find thousands of acres of mangroves, extensive coral reefs, and unique creatures such as dwarf sperm whales and melon-headed whales, which are among the mammals using the strait as breeding, nursery, and feeding grounds. Rich in fish, the strait also provides a living for the fisher folk of the nearby islands.

Tourists aren’t the only people attracted to the strait, which was named a protected seascape in 1998. The marine reserve has also attracted the oil industry.

The suit, on behalf of dolphins and whales, was filed by their self-appointed guardians, Gloria Estenzo Ramos, now Vice President of the nonprofit Oceana Philippines International, and Liza Eisma Osorio, a law professor at the University of Cebu. Both are co-founders of the Philippines Earth Justice Center. An additional suit, seeking to protect local individual fisher folk also went forward. While the oil drilling exploration ended when the Japanese firm decided to leave the area, the cases continued because answering the questions raised by the Center matters now, and for future generations.

In 2015, the nation’s Supreme Court ruled that while animals don’t have standing to sue, ordinary citizens may do so “as stewards of nature.” The court also found that the government should have required an environmental impact assessment prior to survey work in the strait, and that procedures for approving such a contract under the Constitution had not been followed.

ELAW helped the Philippines Earth Justice Center demonstrate the impacts of oil on marine mammals. That’s not the only project where the two groups have collaborated. ELAW also provided scientific expertise in a case attorneys filed to stop the indiscriminate dumping of coal ash in host communities in Naga City and Toledo City, Gloria said.

“As the Philippines is notorious for being data deficient and not exactly using science as basis for decision-making especially in the last decade, the assistance of ELAW, especially on the science and legal expertise, is invaluable,” she said. 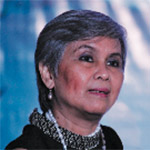