When salmon have been missing from a river for more than 40 years, the first few dozen fish returning to it can seem like a miracle, a signal that the river will once again hold thousands of wild fish.

Three years ago, salmon returned to the Jordan River, which tumbles through the steep forested hills of Vancouver Island before spilling into the Strait of Juan de Fuca off the coast of British Columbia.

Until the 1960s, a copper and gold mine leached toxic tailings into the Jordan, while a hydropower dam lowered flows and concentrated contaminants. When the mine closed its doors, it left behind a toxic legacy. With no responsible party tasked with cleanup, the future looked as bleak as the past.

And that’s where students and staff at the University of Victoria’s Environmental Law Centre (ELC) stepped in. The public interest law program operates in partnership with the university’s law faculty. ELC offers free services to community organizations, conservation groups, and First Nations. ELC also produces educational materials, citizen handbooks, and legal research, all part of its effort to educate students.

So when a community member interested in salmon restoration came to ELC for help, staff and students jumped on the case, says Calvin Sandborn, ELC Legal Director.

For years, ELC has taken a profound interest in the environmental impacts of mining. Calvin and his students dedicated themselves to gathering information about mining laws around the world, and the students used that information to create their own guide to best mining practices. As longtime ELAW partners, they got plenty of help from ELAW’s worldwide network of environmental attorneys.

“ELAW colleagues and staff provided a great deal of helpful information about mining rules in their jurisdictions,” Calvin said. The result: publication of a 420-page code proposal titled “Fair Mining Practices: A New Mining Code for British Columbia,” published in 2013. The code book has already been adopted by several First Nations in British Columbia.

The help flows both directions. Many Canadian mining firms work internationally and ELC has shared information about those companies with ELAW partners focused on mining issues in their countries, Calvin said.

The Jordan River benefited when ELC students successfully identified the current owners of the old mine site along its banks, and helped lobby the BC government to require a remediation plan for the chemicals still leaching into the waterway. With increased water flow from the dam, the river has begun to heal. Three years ago, salmon from nearby streams returned to spawn in the Jordan River.

Ken Farquharson, the BC resident who first approached ELC for help, said, “I believe that improvements to the Jordan River are at last underway, but without the effective involvement of the ELC, no progress would have been made.” 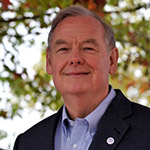